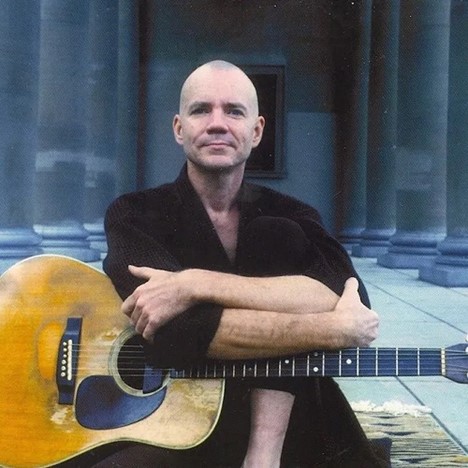 One of the most innovative and acclaimed solo guitarists of his era, self-described "violent acoustic" artist Michael Hedges rose to success on the strength of a unique performing style that utilized harmonics and picking to create the impression of multiple guitars playing simultaneously.

Born in Sacramento, CA, in 1953, Hedges studied classical guitar while in college, subsequently earning a degree in composition from the Peabody Conservatory in Baltimore. In 1980, he enrolled in Stanford University's renowned electronic music department, and while performing in nearby Palo Alto was spotted by Windham Hill label founder Will Ackerman, who immediately signed him to a contract; Hedges' debut LP, Breakfast in the Field, appeared in 1981.

In the years to follow, Hedges began developing his so-called "man-band" performances, which favored a two-handed tapping style of soloing achieved with the use of a custom-made, double-necked acoustic/bass guitar. His affiliation with Windham Hill prompted many to label him a new age musician, but he bristled at such categorizations and instead offered "violent acoustic," "heavy mental," "new edge," and "deep-tissue gladiator guitar." He often flirted with rock and pop, and included in his repertoire acclaimed covers of Bob Dylan's "Like a Rolling Stone" and "All Along the Watchtower." With his second album, 1984's Aerial Boundaries, Hedges earned his first Grammy nomination, and with the release of 1985's Watching My Life Go By, Windham Hill agreed to create a subsidiary imprint, Open Air, to further distance his music from the increasing confinements of the new age tag.

With 1987's concert LP Live on the Double Planet, Hedges debuted a pair of compositions performed on the rare harp guitar, and on 1990's Taproot, he delivered his first vocal performance since his 1985 release, Watching My Life Go By. The record was Hedges' last for four years, however, and when he resurfaced with The Road to Return, his music was significantly different -- vocals were now the rule, not the exception, and in addition to acoustic guitar, he played flute, drums, synthesizer, harmonica, and electric guitar. 1996's Oracle signified a return to acoustic performance, but the record was the last to be issued during Hedges' own lifetime. On December 2, 1997, his body was discovered near the wreckage of a car accident just outside of his native Mendocino, CA; he was only 43 at the time of his death. His final recording, the acoustic "Java Man," appeared on the 1998 compilation The Sounds of Wood and Steel. Torched followed a year later. The compilations Best of Michael Hedges (2000), Platinum & Gold Collection (2003), and Pure Michael Hedges (2006) were all released posthumously on Windham Hill. ~ Jason Ankeny, Rovi 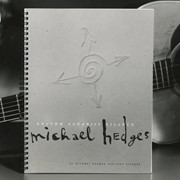