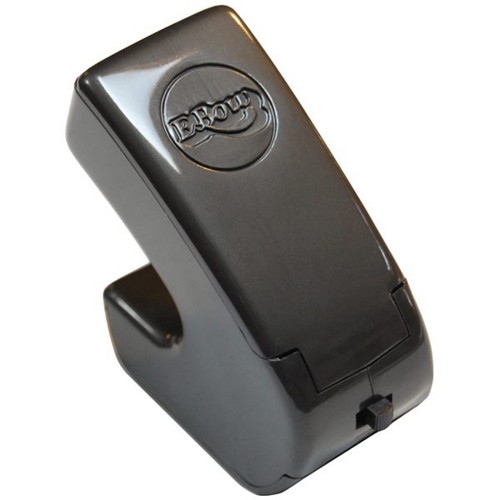 EBow Plus Electronic Bow for Guitar

Reverse delay and violin-bow-like effects in the palm of your hand.

Use the EBow Plus rather than your pick, and create awesome synth effects. A small electrical charge sets up an energy field, vibrating the string giving you limitless sustain until you pull it away. The tiny, 9V-battery-powered Ebow Plus replaces your pick, letting you mimic strings and synths and create outlandish sounds beyond any instrument.

The EBow Plus lets you play as fast as your left hand can scurry through a lick. Fade a string in from a motionless state for a reverse-tape effect. Run the EBow across the strings for gorgeous arpeggios. Add distortion for a screaming guitar sound. Playing the EBow Plus directly over the pickup will increase your volume and give you the crisp sound of super hot pickups. Moving away from the pickup gives you the mellow sound of a hollowbody electric. The sounds you discover by experimenting with the EBow will amaze you. And like the best tools of the trade, the EBow will sound different for each musician.