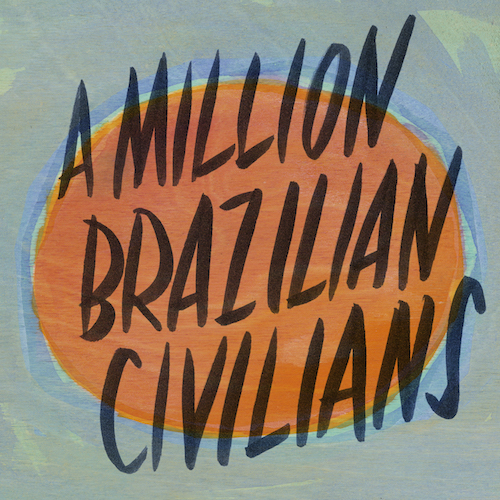 "I'm happy to go back to mixing it up on this record. showcasing both the instrumental and vocal side of what I do. Most of my favorite musicians have relied on variety, to make their recordings breathe."

The title track, 'A Million Brazilian Civilians' is a track Don originally wrote as a request for demos from the Swedish House Mafia and recorded it while in China. Next up is 'Black Chandelier' a cover of Scottish Band Billy Clyro and is best described as a retrospective ballad. Marie is a beautiful track dedicated to Don's late mother and ‘Corvos’ is an amalgam of two tunes he wrote some time ago that has overall Brazilian feel.

'Betcha By Golly Wow' is a well-known song by The Stylistics and turns out great on solo harp guitar. ‘Seven Seven Four’ is a new funky original influenced by the music of Janet Jackson. The record finishes strong with covers of 'Because It's There' by Michael Hedges and 'Everybody Lies' by Leo Kottke. Finally, a full instrumental version of the title track.