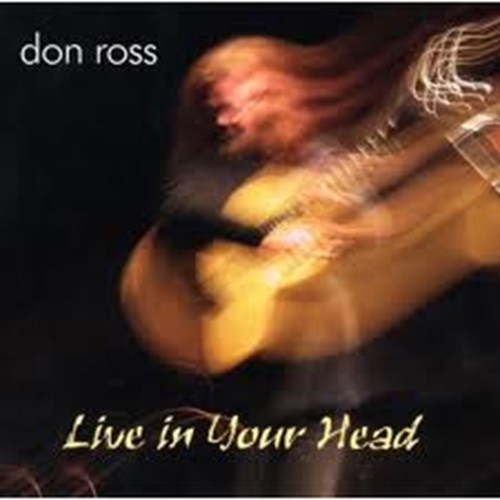 Live records always pose unique challenges. It's important to get not only a good performance but a technically superior recording. Neither of those things is easy to do in the live situation because the usual heavily-controlled environment of the recording studio has been forsaken in favour of the possibility of capturing some of the spontaneity and energy of the live performance and the excitement of the "you are there" atmosphere. But, the flipside is that what you lose in precision is made up for by the tightrope walk that is a playing live.

In 2001, I seriously started collecting recordings of shows. On November 16 that year at Glenn Gould Studio in Toronto I assembled a bunch of wonderful musicians: Welsh guitarist Dylan Fowler opened the show, harpist Sahra Featherstone made a guest appearance, and my backing band was Cash Cow (Jordan O'Connor on bass, Nick Fraser on drums and Craig Harley on piano), a collective of some of Toronto's finest young jazz artists. Matthew Shawn Fleming also played part of that night on his unconventional non-western drum set. From that night's show I've included "With You in Mind" and "Jesse Helms' Night in Havana."

The show at the Gould in February of 2003 featured another band that I assembled specially for the night: saxophonist Colleen Allen and pianist Andrew Craig joined Jordan O'Connor and Matthew Shawn Fleming from the previous show to help me perform some material that we didn't get to the other time. "Any Colour But Blue" and "Wall of Glass" are from that memorable night. My Robot Monster CD from 2003 also included a track from that concert.

The solo performances are from the years 2004-2006 when I toured with my mobile recording rig in tow and caught special takes of some of my material in front of audiences as close as a half hour drive from my home and as far away as a five-hour flight. It's been several years in the making, this live recording.