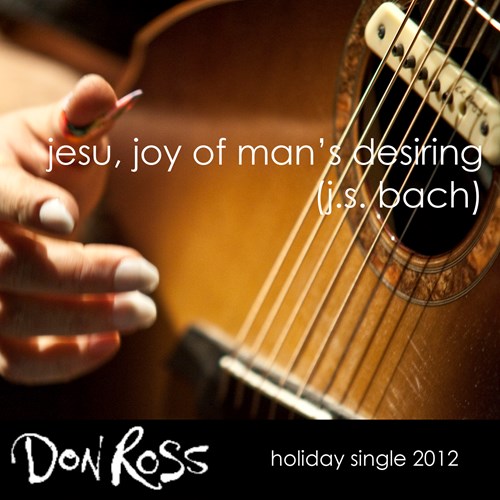 Don Ross, is a Canadian fingerstyle guitarist noted for the emotion and intensity of his playing as well as his use of extended technique.

Ross's music borrows from blues, jazz, folk and classical music creating a style that he describes as "heavy wood". Ross is the only person to twice win the U.S. National Fingerstyle Guitar Championship (1988 and 1996). His album Huron Street reached the top ten on the Billboard new age chart. In the liner notes to Ross' 2003 album Robot Monster, Bruce Cockburn writes, "Nobody does what Don Ross does with an acoustic guitar. He takes the corners so fast you think he's going to roll, but he never loses control."