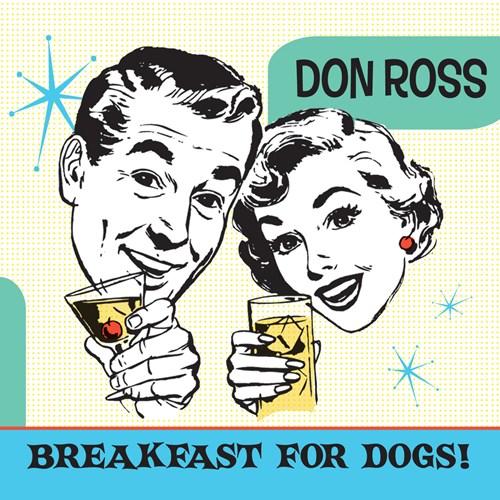 Breakfast for Dogs is Don Ross's first all-solo-guitar record in years (namely since Passion Session in 1999). "I decided just to record whatever the heck I felt like doing for this one, bit by bit over the course of several months in 2010. Hence the album title. I think of the CD as a bit of a "dog's breakfast," in that there's no particular theme that binds the tunes"

"In Breakfast for Dogs, I recorded Gnarls Barkley's "Crazy," which I happen to think is the best pop song of the past many years. I've been performing it as a medley onstage attached to the front of my piece "Michael, Michael, Michael" (my tribute to the late great Michael Hedges). So, there are two versions: one of the tune standing alone, and a "bonus" version the way I do it live, as a medley with my song."

"I ended up recording not one, but two Bruce Cockburn tunes on this album, which surprised even me. But, I've told Bruce that he's the main reason I started playing fingerstyle guitar back in my childhood, so it makes sense. I've been playing his "Red Ships Take Off in the Distance" since I first heard it on his Further Adventures Of record in the late 70s. I've never performed it live, but I think it's a brilliant and underrated Bruce tune. The other Bruce composition, "Pacing the Cage" is from the late 90s, and is, in my opinion, one of his truly great songs. I've come up with an instrumental version here. Thanks, Bruce. You're still the best."

"Self Portrait" is a Mike Mainieri tune by the jazz fusion band Steps Ahead. The rest are originals, including one brand new one, "From France to India."